History of the Cursillo Movement

The History of Cursillo

The history of the Cursillo Movement is an exciting story of how God taught a small group of men and women to work for Him in an effective way: A way that bears fruit.

This Movement evolved in the early 1940s under the leadership of Eduardo Bonnin. It began when a group of men dedicated themselves to bringing the young men of Mallorca to know Christ better. It developed as they prayed and worked together, sharing their thoughts about the state of the world and the effectiveness of their efforts to bring the light of Christ to it. This process gave birth to the Cursillo in Christianity.

The Spanish word “Cursillo” means “short course” or “little course.” The full title is “a little course in living what is fundamental for being a Christian,” but everyone simply calls it “Cursillo.” Even where Spanish is not spoken, the word “Cursillo” is never translated into English.

The first Cursillo was neither a lucky accident nor a blueprint, which came directly from heaven, but grew out of a process of developments. Nor were the first leaders just a chance collection of men. They had been working together for some time trying to bring men to Christ so they could work together to Christianize the world.

The main force of the young laity in the church at this time was called “Catholic Action.” Everywhere in the Spanish church, men and women were seeking to find ways of “bringing the Church to life in the hearts of all people.”

A group of these young people accepted the challenge to bring others to know Christ better, and in turn, they could work together to Christianize the world. These Majorcan leaders were members of the young men’s branch of Catholic Action. With God’s Grace, they founded and developed a tool where a team of men and women working, praying, sharing, studying, and acting together could bring people to a closer relationship with Christ. Out of their common efforts, something new in the life of the Catholic Church was born…the Cursillo.

In the late 1940’s, the first Cursillo was given and the Cursillo Movement began. From 1948 until 1955, Cursillo was limited mostly to Majorca, Spain. During this creative period, the main outline of the Cursillo method and basic understanding of Cursillo were developed and refined.

In spite of setbacks in the 1950’s,the Cursillo spread to the mainland of Spain and today is a worldwide movement with centers throughout the United States, South and Central American countries, Canada, Great Britain, Ireland, France, Europe, Asia, Africa and the Far East.

The first Cursillo held in the United States was in Waco, Texas in 1957 under the leadership of Father Gabriel Fernandez and two Spanish airmen who were training with the United States Air Force. In 1959, Cursillo spread throughout Texas to Phoenix, Arizona and then into the entire southwest. In 1962, the Cursillo movement came to the Eastern United States. Men and women from our own movement here in the Biloxi Diocese have been instrumental in establishing Cursillo in the Dioceses of Jackson, MS and Mobile, AL.

The Cursillo Movement in the U.S. was organized in 1965 at a meeting in Kansas City. At this meeting a National Secretariat and National Cursillo office were established.

The Cursillo Movement received the support and blessing of Pope John Paul II in 1980 when he addressed the first National Italian Ultreya. He stated, “Your movement, which recently celebrated its 30th anniversary, devotes itself to drawing forth from Christians a commitment to live lives consistent with their faith…, whether individually or as a community…, and to bring this ferment to the environments where you live.”

Other denominations have adopted the Cursillo, including the Episcopal, Lutheran, Methodist, and Presbyterian churches.

Today, our founder Eduardo Bonnín Aguiló is on the path to sainthood and all of us can be part of his Beatification process. What is needed from us is our prayers.

The Charism of the Cursillos in Christianity is a gift from the Holy Spirit, given in its entirety to the person of Eduardo Bonnín Aguiló in the early 1940’s. Eduardo being a faithful and trustworthy steward of this gift, passed it on to the Church as it was given to him, complete and without variations. As leaders, we are called to be stewards of this gift that was shared with us through this humble man, Eduardo Bonnín and the inspiration of the Holy Spirit. Because of his faithfulness in receiving this charism and sharing it with the world, Eduardo has been given the title, “Servant of God” by the Church.

The “De Colores” tradition began in Majorca, when a group was returning from a Cursillo and their bus broke down in the middle of a field. During the delay, the Cursillistas observed with delight the beauty of the springtime, sunshine, and flowers. Soon all the Cursillistas were singing “De Colores,” rejoicing in the fact that when the soul is in sanctifying grace, it is as beautiful as the field with springtime colors. 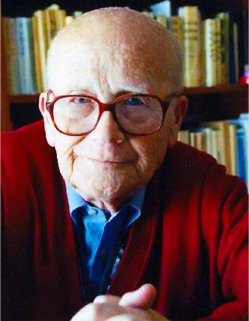